SoniTalk prototype for Android is working !
Getting close to the most important milestone (27.11.2018)

These past months we were working on the SoniTalk prototype for Android, composed of an Encoder app to send messages and a Decoder app to receive them. Both components are now able to communicate with each other !

After implementing the Encoder app for Android, we focused on the decoding part. We presented a first version at Ars Electronica, developed with Matlab, and we now have the Android equivalent... Performing even better ! Our first tests exchanging data between two smartphones were successful up to 12m, transmitting the text "netidee rocks !".

Our next steps will be to fine tune the decoding process, to make it fully parameterizable, and to merge both encoding and decoding into a library that everyone can then use in their own app. 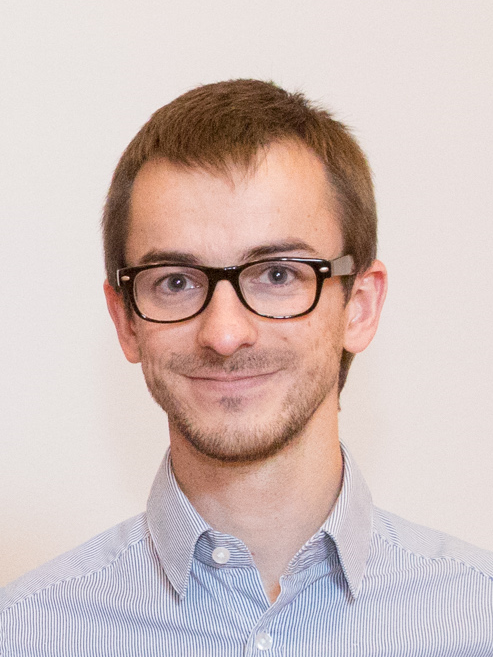 Alexis Ringot is a Junior Researcher at the Media Computing Research Group of St. Poelten University of Applied Sciences (Austria). He graduated from Polytech Lyon engineering school (France) with a Master of Science in Computer Science in 2015.

Since April 2017, Alexis has been involved in several projects, including three funded by netidee : SoniControl, SoniTalk and now SoniControl 2.0.
- SoniControl focuses on the development of a privacy preserving app for mobile devices that notifies and blocks ultrasonic tracking information.
- SoniTalk focuses on the establishment of a secure and privacy-oriented protocol for ultrasonic communication. 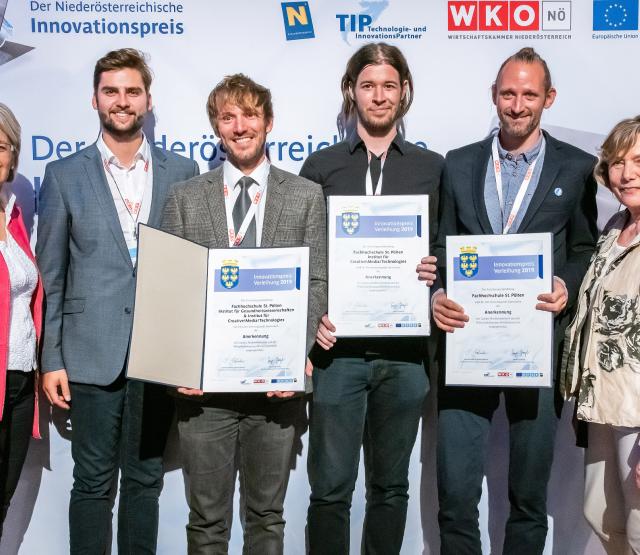 On October the 1st, the federal state of Lower Austria was awarding prizes to outstanding innovative projects made in Lower Austria. 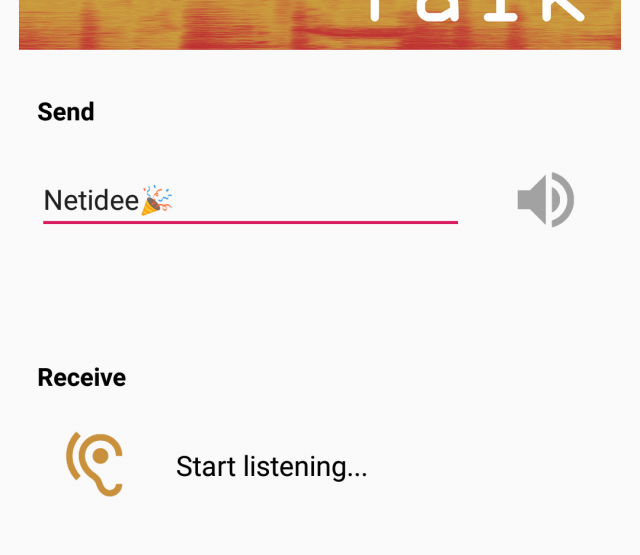 We are pleased to announce that the SoniTalk SDK was released on GitHub ! 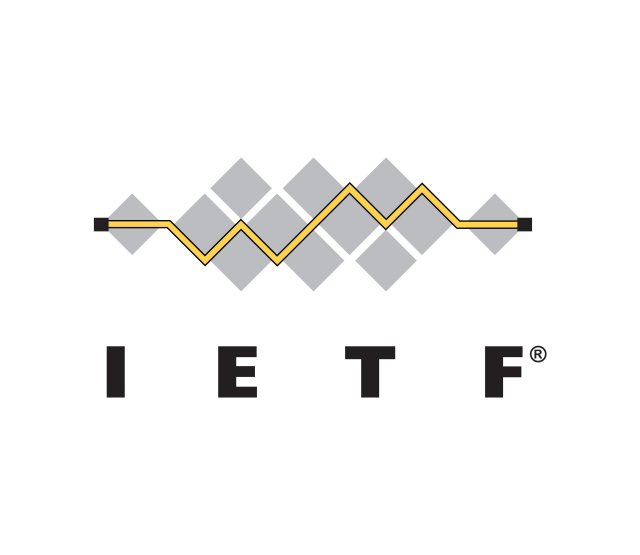 We submitted a first version of a protocol for communication via sound (and in particular via near-ultrasound) to the IETF. Our goal is to have it published as an Experimental RFC document. See: https://tools.ietf.org/html/draft-zeppelzauer-data-over... 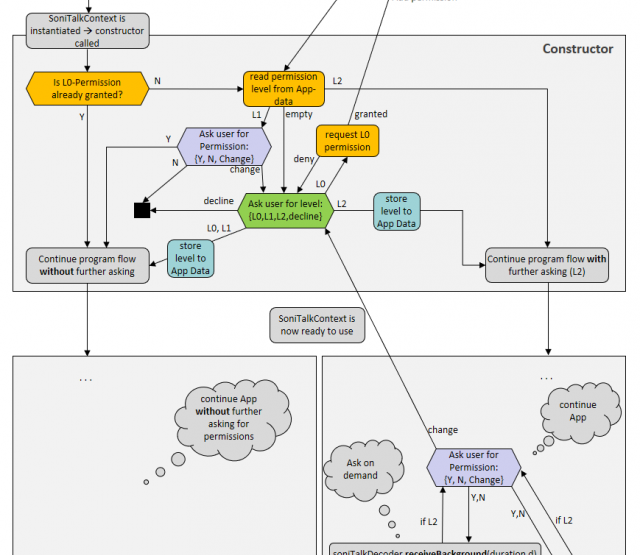 End-users should receive proper information about the use of ultrasonic communication in their apps. We offer three levels of permissions, and people can then decide how fine grained they want to control the emission and reception of messages. 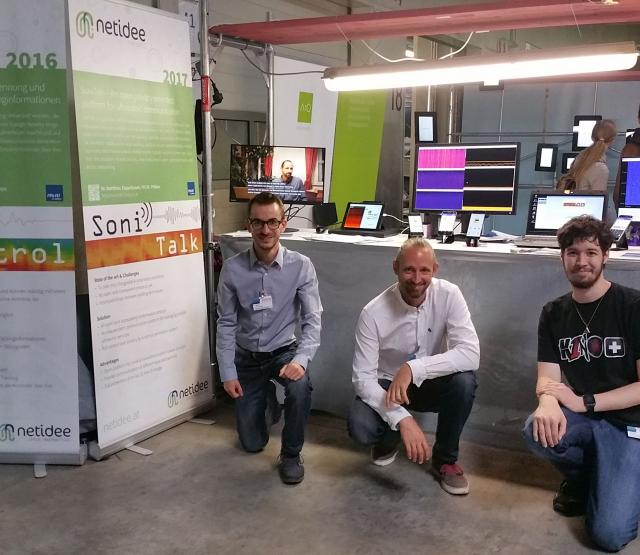 From the 6th to the 10th of September we presented the prototype of SoniTalk at Ars Electronica Festival in Linz. A great opportunity to meet the users and listen to their ideas, wishes, feedback, ... Very valuable inputs for the next steps of our pr... 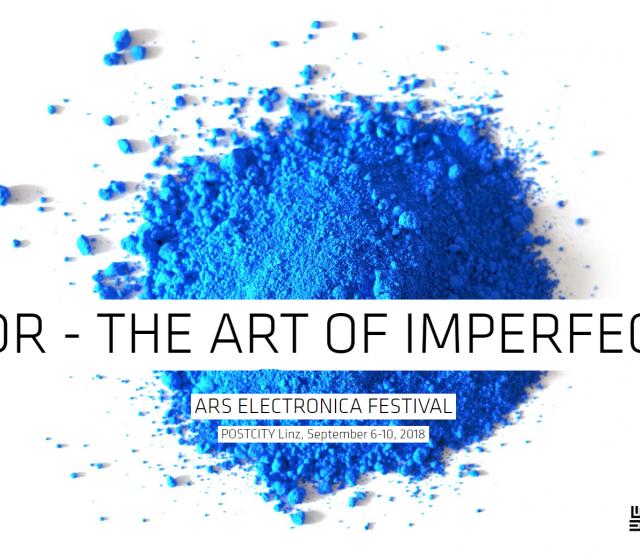 [Teaser] SoniTalk will be present at Ars Electronica Festival !

SoniTalk will be present at Ars Electronica Festival, in Linz, from September 6th to 10th. We are very much looking forward to meeting you and listening to your feedback on our new prototype !

The team has been working hard these past months, and you can now read the first draft of our protocol specification ! 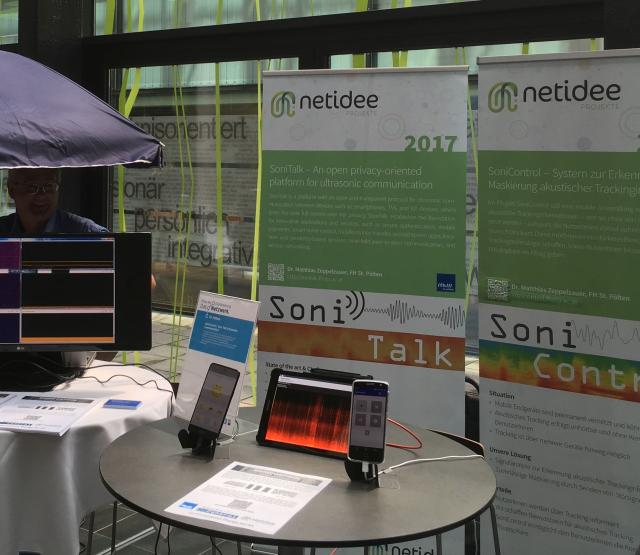 SoniTalk at the HdD kick-off event

On May 9th, St. Pölten University of Applied Sciences was hosting a kick-off event for the "Haus der Digitalisierung". 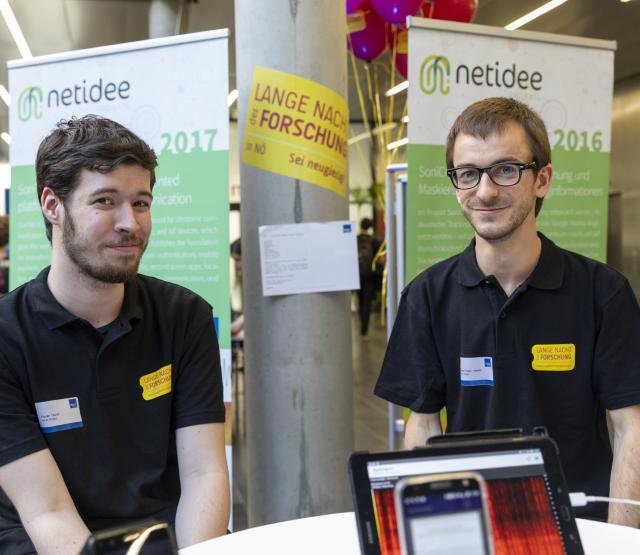 On April 13th, SoniTalk and SoniControl were presented at the Lange Nacht der Forschung

The whole team gathered last Wednesday for a workshop on SoniTalk system design.

The project SoniTalk was presented at the 22th Netzpolitischer Abend on January 11, 2018 at MediaLab Vienna